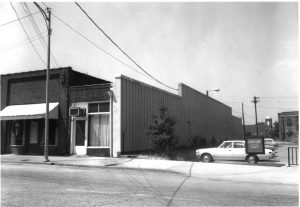 Turner, Wood & Smith is an independent insurance agency that values tradition and is committed to a successful future for us and our clients. Our long history and commitment to complete customer satisfaction has made us the agency north Georgia companies rely on year after year. 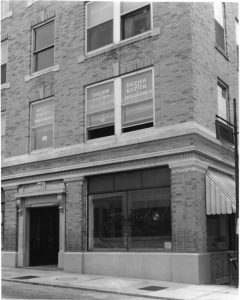 Turner, Wood & Smith Insurance Center was founded in 1905 as the I.J. Whitworth Agency. Originally based in Lula, Georgia, the agency was owned by the local banker.

The agency was purchased by Paul Turner in 1946 and renamed the Turner Insurance Agency. Paul moved the agency to Gainesville, GA. Operating as an independent insurance agency, Paul handled primarily life and health insurance. The agency expanded in name and mission in 1952 when Joe T. Wood, Sr. joined the agency. Joe concentrated on property and casualty business. The business relocated to the ground floor of the Jackson Building. Roy Turner joined the agency in 1954 when he returned from the Korean Conflict.

The business continued to grow and in 1964, Roy and Joe moved the agency to a bigger building on Green Street. In 1970, the name grew again with the addition of Harold Smith as a partner. Four years later, the agency moved into a larger building on the corner of Academy and Bradford Streets. Joe T. Wood, Jr. joined the agency in 1977 following his graduation from the University of Georgia. In 1986, the agency moved to the corner of Brenau, Bradford and Academy Streets, and in 2019 moved to its current location on 1515 Community Way, Gainesville, GA 30501. 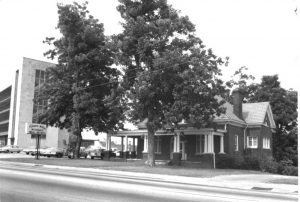 In 1989, the agency merged with Hilb, Rogal & Hobbs Company. HRH was the 7th largest public broker in the country and 10th largest in the world. Turner, Wood & Smith Insurance Center maintained its operating autonomy and gained significant market strength among independent insurance agencies as a result of the merger. In the fourteen years Turner, Wood & Smith was associated with HRH, they were continuously ranked in the top 10 agencies within the company.

Committed to Insuring Your Future 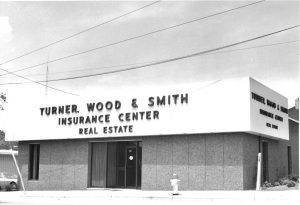 Today, Turner, Wood & Smith employs 40 people and operates as an independent insurance agency from one office, located just off the square in downtown Gainesville, Georgia. The sales force actively pursues quality commercial, personal and employee benefit business throughout Northeast Georgia. Agency personnel possess 30 professional designations, are extremely active in community groups and as a company have accumulated over 600 years of experience in the insurance industry.

Turner, Wood & Smith and its employees are committed to professional growth and the growth of the community. That commitment has paid off for the agency as it celebrates being in business for over 100 years. 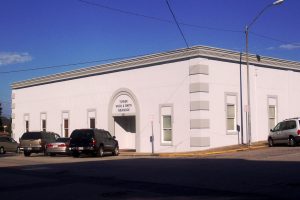 While many things have changed since our inception in 1905, many have remained the same. As it was more than 100 years ago, we work daily to uphold our reputation as a company of the highest integrity that works tirelessly to serve customers. To make that possible today and tomorrow, we maintain a working environment that fosters low employee turnover while investing in young talent for the future of the company.